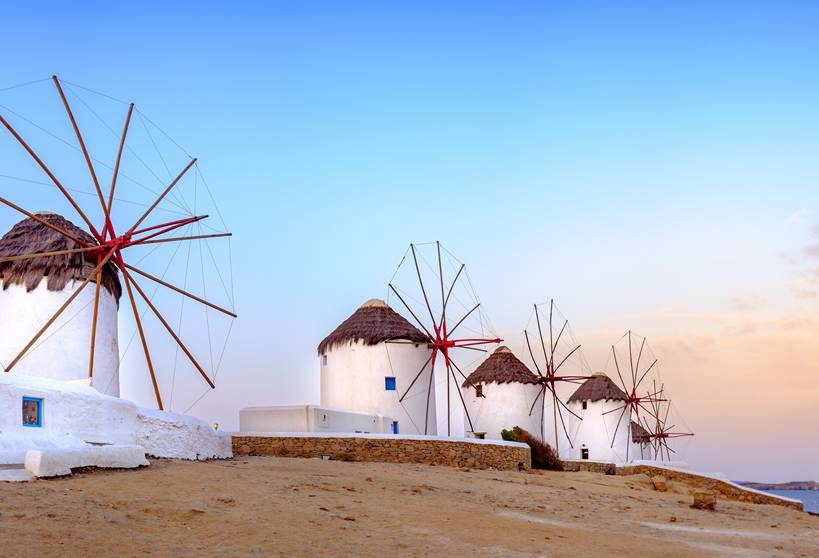 The Windmills of Mykonos Town

From as early as the 16th century one of the most recognized landmarks of Mykonos Island have been the windmills. Due to it”s geographic position, Mykonos was situated on major sea trade-route which at one time joined Venice, the gateway of Europe, to Asia. The need to refine grain and compact it for transport combined with an ample year round supply of wind made Mykonos the perfect location. Easy access to the harbor was necessary so most of the island”s mills were positioned in or around the main port with the highest concentration covering the entire western portion of town. With the coming of industrialization the windmills importance began to decline.